You are here: Home / Trade Show Exhibiting / Beat Up Your Booth with Ken Newman 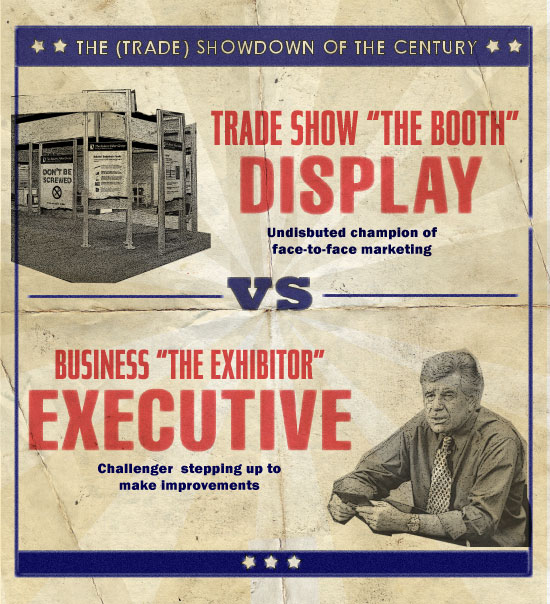 We’re very grateful to have Ken Newman of the “Hey Newman” blog joining us as a guest blogger and trade show expert for this week’s post.

Recently, I found myself in a rather interesting role. I was an attendee at a trade show. Now, that might not seem overwhelmingly interesting to you, dear reader, but as someone who has produced live trade show presentations for over 25 years, it’s very rare for me to be on “the other side” of the padded carpet.

But there I was wandering the aisles, in the company of my fellow badge-wearing, backpack-toting, sales pitch-avoiding, attendees…

…and what I discovered, was that many of the trade show booths that I walked by,I…well …WALKED BY. Without stopping, without slowing down, and definitely without going IN.

Well, the simple answer is, I didn’t feel invited. And I’m not referring to the behavior of the booth staff (Although that is a subject for another blog at another time). But in this case, I simply didn’t feel invited by THE BOOTH. Yes, many of the structures I saw were stunning, multi-level marvels — architecturally interesting, colorful, yes. But INVITING? Not so much.

And I realized at that point that this was a perfect opportunity to conduct an experiment. And it’s an experiment I recommend that every exhibitor conduct.

I call it “beating up your booth”

The trade show floor gives you the best possible opportunity to see what works and what doesn’t. It’s a literal laboratory of booth experiments taking place. You might stumble across something ‘perfect’ for you. But more likely, you’ll want to play Dr. Frankenstein and assemble your own “Monster Booth.”

With that, here’s an experiment I suggest you conduct at your next trade show:

Do this experiment. Record your results. And you just might walk away with something that will make your next trade show the best one you’ve ever done.

I’m going to end this post with asking something of YOU: Please post comments with your booth observations here or tweet @Nimlok. What did you see that worked? What can you change next time? What have you changed already that made a difference?

Our hope is to compile a list of your responses and post it for everyone’s benefit. With your help, we can create a booth that people simply won’t be able to resist. For more booth ideas download our free booth rental catalog here. 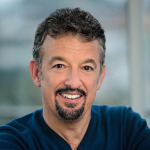 about the guest author

Ken Newman has been a professional trade show presenter and corporate emcee for over 25 years. He is the owner and creative director of Magnet Productions, a company specializing in live trade show presentations. Magnet’s approach uses humor to build booth traffic, help companies communicate effectively, and increase trade show ROI.

Ken is also the author of “Hey Newman” a trade show industry blog. You can follow him on Twitter @KenNewman

Get Social With Nimlok